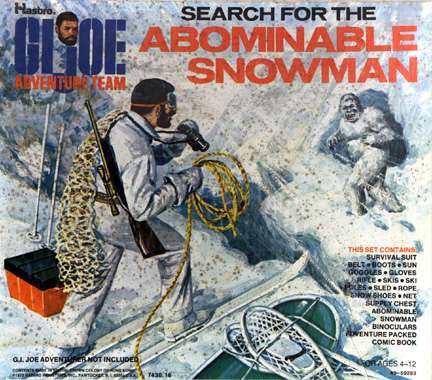 Ah, one of the items from the wish list, above….

Due to the threat of a “snow event” for this forthcoming weekend in Maine, the International Cryptozoology Museum, which was scheduled to be closed on New Year’s Eve Day, will instead be open.

The revised hours for the next few days are as follows:

Beginning the week of January 4th, the ICM puts into place its Winter Schedule:

Mondays-Tuesdays, Closed
Wednesdays-Saturdays, 11 AM to 6 PM
Sundays, Noon to 5 PM

(The museum just received a resupply of 2XL and 3XL logo teeshirts.)

P.S. Therefore, the museum will be open during the blizzard, and additionally, for those that might be unable to travel on this weekend because of road conditions, I’ve added the extra opening for tomorrow.

Thanks to PhotoExpert for his donation of the Zinj bust, a great new addition to the exhibition, supporting the Paranthropus theory for the origins of Bigfoot.