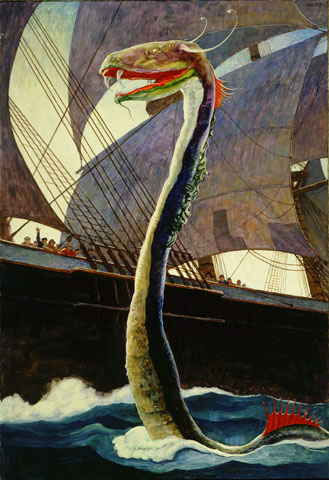 As the summer of 2013 comes to its unofficial vacation closing, with August fading, watery cryptid sightings are exploding around the English-speaking world. 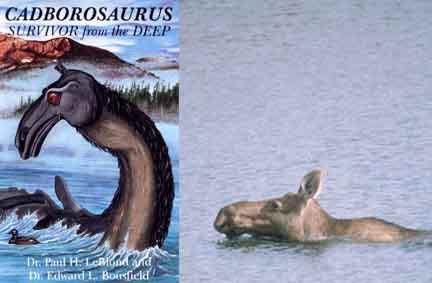 The Sea Serpent-Moose-horsehead comparison was made by me in writings a long time ago, but that doesn’t mean that some Sea Serpents don’t actually have heads that look like horses, moose, and deer.  Image by Dick Raynor, 2002.

Breaking information was sent to me late yesterday that on Thursday, August 22, 2013, two middle aged men kayaking in Somes Sound, off Acadia National Park, Maine, had a Sea Serpent sighting. The men reported it had a 3-foot-long scaly horse head. (Further details may develop, as an investigation is underway.)

Meanwhile, English-language media are reporting that amateur photographer David Elder, 50, is convinced that he photographed the Loch Ness Monster. He feels the strange phenomenon he recorded was caused by something beneath the water. Elder’s encounter took place earlier in August 2013 near Fort Augustus, Scotland, at the south-west end of the 23-mile-long lake (“loch” in Scottish). In addition to still photography, Elder obtained video of the mysterious encounter (see below), which was published by the Daily Mail, Daily Mirror, and Huffington Post.

Most serious researchers of the Loch Ness Monsters, including Gary Campbell and Henry Bauer, consider what was seen and photographed to be a wave.

On Sunday, August 25, it was revealed that during a recent stay at Loch Morar in Scotland, Doug Christie and his wife Charlotte said they spotted a 20-foot-long black shape in the water three times in two days and are convinced the Loch Morar monster, nicknamed Morag, has returned. 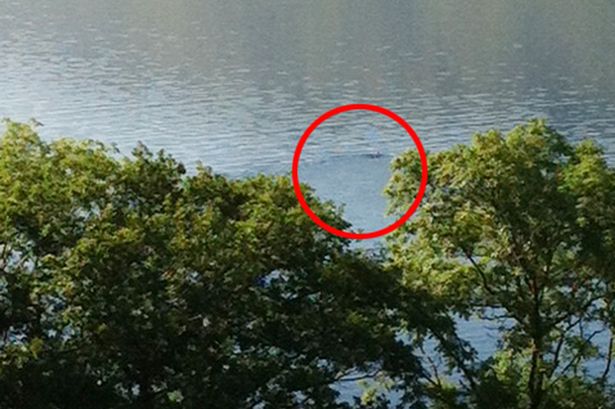 In June 2013, news of one Lake Champlain Monster sighting (see here) came in, but things were rather calm there, it appears.

Elsewhere, in May 2013, an Irish film maker captured footage of an unidentified creature breaking the surface of Lough Foyle in Ireland.

There was speculation that the film was of an object being towed to create a fake Lake Monster.