You are here: Home / Are Zooforms Cryptids?

As I move forward in this new adventure, I wish to see the CryptoZooNews blog take on reasonable conversations fully developed and registered. Shall we begin? 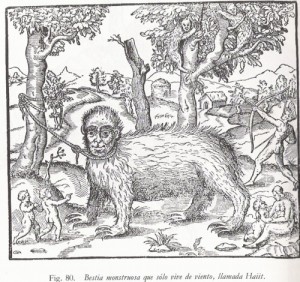 This era’s emails, tweets, and social media discussions are often shared for quick impact and smartly short quips. Nothing wrong with that. But my hope for this new platform calls for unfolding time to think aloud about many sides of an issue.

One topic that has concerned me is this fantasy that there is a major disagreement between myself and the broader concept developed by the Center for Fortean Zoology’s director Jon Downes, regarding “zooforms.”

I tend to think this is a misunderstanding based on a mild and slight difference in viewing a complex subject from a few degrees apart.

Let me try to capture, briefly, via this summary, what Jon appears to have proposed. Downes and his Center for Fortean Zoology of the United Kingdom introduced a new three tier concept to aid his classification and analysis of unknown animals.

The initial two tiers are rather straightforward: cryptids and pseudo-cryptids. The first he sees as “hidden or unknown animals.” The second are said to be “not strictly part of cryptozoology” and to be animals that are out-of-place, introduced, or transported by natural means, such as wind, water, or migration (the last group being what are called “accidentials” in birding jargon).

For the third category, Jon Downes coined a new word in 1990: “zooform.”

The third cryptozoological category consists of zooform phenomena. These are not animals at all, but entities or apparitions which adopt or seem to have (quasi)animal form. This is where we (at least to some extent) enter science fiction territory. In many ways, these elusive and contentious entities have plagued cryptozoology since its inception, and tend to be dismissed by mainstream science as thoroughly unworthy of consideration. Zooform phenomena seem to be a strange blend of paranormal manifestation and mythology.

However, Jonathan Downes, who first coined the term in 1990, maintains that many zooform phenomena result from complex psychosocial and sociological phenomena, and suggests that to classify all such phenomena as “paranormal” in origin is counterproductive. A good example of a zooform phenomenon would be the Owlman of Mawnan. Source. 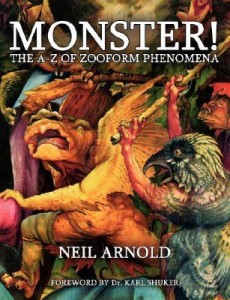 But is a zooform a cryptid, or perhaps more logically, could cryptids be zooforms? First, let’s explore what a cryptid has been conceptualized to be.

In the Summer 1983 issue of the Newsletter (vol. 2, no. 2, page 10) of The International Society of Cryptozoology (the ISC is a now defunct organization), John E. Wall of Manitoba introduced the term he had invented for cryptozoological animals through a letter to the editor. By the end of the 1990s, the term was showing up in dictionaries.

Over the last quarter century, some have suggested that the science of cryptozoology should be expanded to include many animals as “cryptids,” specifically including the study of out-of-place animals, feral animals, and even animal ghosts and apparitions. Heuvelmans rejected such notions with typical thoroughness, and not a little wry humor:

“Admittedly, a definition need not conform necessarily to the exact etymology of a word. But it is always preferable when it really does so which I carefully endeavored to achieve when I coined the term ‘cryptozoology’. All the same being a very tolerant person, even in the strict realm of science, I have never prevented anybody from creating new disciplines of zoology quite distinct from cryptozoology. How could I, in any case?

“So, let people who are interested in founding a science of ‘unexpected animals’, feel free to do so, and if they have a smattering of Greek and are not repelled by jaw breakers they may call it ‘aprosbletozoology’ or ‘apronoeozoology’ or even ‘anelistozoology’. Let those who would rather be searching for ‘bizarre animals’ create a ‘paradoozoology’, and those who prefer to go a hunting for ‘monstrous animals’, or just plain ‘monsters’, build up a ‘teratozoology’ or more simply a ‘pelorology’.

Cryptozoology A to Z was released in 1999.

More broadly, then, we do not know whether a cryptid is an unknown species of animal, or a supposedly extinct animal, or a misidentification, or anything more than legend until evidence is gathered and accepted one way or another. Until that proof is found, the supposed animal carries the label cryptid, regardless of the potential outcome and regardless of various debates concerning its true identity. When it is precisely identified, it is no longer a cryptid, because it is no longer hidden.

While Heuvelmans created cryptozoology as a goal-oriented discipline (endeavoring to prove the existence of hidden animals), the fact that some of these cryptids will turn out not to be new species does not invalidate the process by which that conclusion is reached and does not retroactively discard the prior status as a cryptid. For example, let’s say that large unknown “Monster” in a local lake that was labeled a cryptid in 1990, is caught in 1999, and shown to be a known species, an alligator. It is no longer hidden and no longer carries the label cryptid, but that does not mean it never was a cryptid. If when it was captured in 1999, and found to be a new species of water-dwelling monitor lizard, it must still be considered to have been a cryptid.

My sense of what is happening with the word “zooform” is that Jon Downes and the CFZ has defined a cryptid before it has been caught, considered, classified, or totally discovered to be a psychological, parapsychological, or physical form.

I find that calling something one thing that defines what it is breaks the first rule that Ivan T. Sanderson taught me: “Never explain one unknown with another unknown.”

All zooforms appear to be cryptids, but not all cryptids are zooforms, I would say.

In my universe, I take a case-by-case approach. I enter an investigation with no predetermined mindset as to whether the cryptid I’m seeking, and might find, is a new species, a known animal misidentified, a creature from the imagination of the eyewitness, a hoax, a prank, or, yes, even a zooform. It is, after all, by its very nature, an unknown.

Therefore, my answer to the question up top: Yes, of course, zooforms are cryptids. But not all cryptids are zooforms.

That’s my opinion. What’s yours?

Creatures of the Outer Edge was published in 1978.