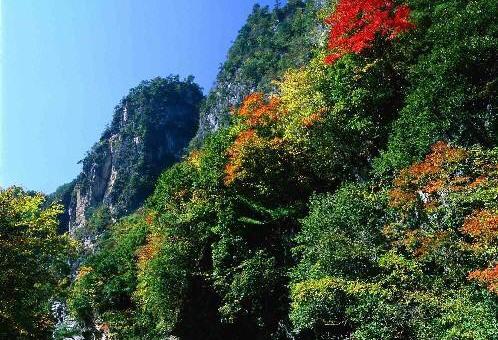 Researchers will start exploring large areas of primitive forest this month in the Shennongjia region of central China’s Hubei province.

A group of 38 experts from several universities and research institutions will begin the expedition on July 8, 2012, according to a statement from the Shennongjia Nature Reserve’s management bureau.

The trip is scheduled to last through August, according to the Chinese news service, Xinhua.

The group will focus on studying the region’s animals, plants and land features and will publish its research results later. Animals in the area include leopards (Panthera paradus), the Asian golden cat (Pardofelis temminckii), the golden pheasant (Chrysolophus pictus), South China tiger (Panthera tigris amoyensis), and the Chinese giant salamander (Megalobatrachus davidianus). The region is also home to the rare golden snub-nosed monkey (Rhinopithecus roxellana), which is on the verge of extinction and was first spotted in Shennongjia in the 1960s. Additionally, there will be an effort to discover more about the Yeren.

Located deep in the remote mountains of Hubei, the Shennongjia Nature Reserve has long been rumored to be the home of an elusive creature known in China as the Yeren, or “Wild Man” in English. Some in the media, worldwide, use the term “Bigfoot” (after the North American unknown hairy hominoids) to discuss Yeren. 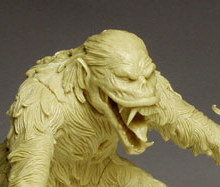 The primate cryptid has become so popular that Eightball Studios makes a fantastic version of the Yeren in a statue.

More than 400 people have claimed to have seen the Yeren in the Shennongjia area over the past century, but no hard evidence has been found to prove the creature’s existence.

The United Nations Educational, Scientific and Cultural Organization (UNESCO) added Shennongjia to its World Network of Biosphere Reserves in 1990. 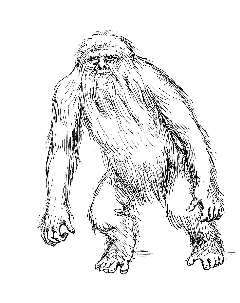 The Yeren shown appears in my and Patrick Huyghe’s field guide and was drawn by Harry Trumbore.