Not to be confused with the Star Wars Wampa, let’s discuss the Wampus. 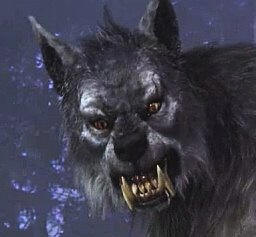 Wampus of the Cherokee: What is it? Werewolf, mystery cat, booger?

One of the name games I’ve investigated is the weirdness-linked place moniker “Wampus,” which can be found around the country. George R. Stewart’s American Place Names (NY: Oxford University Press 1970) has this for “Wampus”: “In NY the pond is from the name of a local chief. In OR the butte is from a legendary monster of the forest.” (p. 520)

I have found in old Southern newspaper accounts that “Wampus” was a name used for an unknown monster cat as well as other mystery animals. It is very akin to how the name “Booger” was used, mostly for hairy unknown primates’ habitat in that case, but sometimes for mystery panther haunts, as well. Henry Franzoni has found a total of 18 places in the US and Canada named for Wampus, including Wampsville NY, and Wampos lake in Saskatchewan.

Whereas I usually relate the name Wampus to felines, Franzoni points to a connection with the big hairy fellows and not ‘phantom panther’ sightings in particular. He notes the word catawampus (cattywampus), which means “Cater-Cornered; slant wise, or Evil; malicious” in the American Heritage Dictionary, seems to be a neutral piece of evidence. However, around Oregon, a Wampus is “legendary monster of the forests” (from page 881 of Lewis A. MacArthur’s 1992 sixth edition of Oregon Geographic Names), which Wampus Butte, the Town of Wampus, Wampus Post Office, Wampus Campground, Wampus Springs, and Wampus Cat Canyon in the Warm Springs Nation are all named for in Oregon.

Still, the feline connection is there, as five high schools in Oklahoma, Idaho, Texas, Arkansas and Louisiana use Wampus Cats as their mascot. The Wampus cat is a creature in American folklore, variously described as some kind of fearsome variation on a cougar, according to standard definition.

The Wampus cat is the mascot of the following:

E. Randall Floyd’s Great Southern Mysteries summarizes the story of the mysterious wampus cat. Early pioneers visiting the South went back East with all sorts of tales of terrifying beasts and swamp creatures they had allegedly encountered in the woods and waters of the region. Among these creatures was a particularly savage beast called the Wampus Cat, an animal reported to roam the Southern bottomlands and described as “an impossibly hideous critter said to have the head of a man, the body of a wildcat only larger, and the soul of a demon.”

The Wampus Cat, according to Floyd, was known to lurk along murky river bottoms and feast upon hapless hunters, fishermen and travelers and anybody else who wandered too far away from civilization. Although common in the early 19th century, wampus cat stories and sightings became less and less frequent after the War Between the States. A reminder of their former reign of terror lies in the names on the land.

Conway Public Schools is a school district located in Conway, located in Faulkner County, Arkansas. Their mascot is the Wampus Cat.

The Wampus Cat is the mascot of the Atoka High School, Atoka, Oklahoma.

For more on another name game, see the “Fayette Factor.”