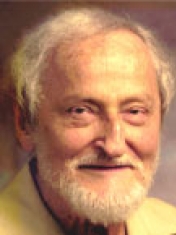 A former member of the Board of Directors of the International Society of Cryptozoology and famed anthropologist Phillip V. Tobias, internationally renowned as an authority on human evolution and remembered for his love of humanity, died Thursday, June 7, 2012, South Africa’s University of the Witwatersrand said. He was 86. Tobias was one of three experts to first identify Homo habilis as a new species of human in 1964.

Tobias was open-minded and investigated reports of small living relic hairy hominids from Africa. Reports of such creatures from southern Africa were especially interesting to Tobias. Pascal Tassy, of the Laboratory of Vertebrate and Human Paleontology, wrote in 1983: “Philip V. Tobias, now on the Board of Directors of the International Society of Cryptozoology, once told [Bernard] Heuvelmans that one of his colleagues had set traps to capture living australopithecines.” Tobias, from South Africa, was a recognized authority on Australopithecus.

Tobias was proudly listed this entry for his Who’s Who in South Africa: Board Director | International Society of Cryptozoology 1981 – 1993.

In a statement, the university where Tobias studied and then taught and conducted research until the 1990s, said he died in a Johannesburg hospital after a long illness.

The university said Tobias’s name was synonymous with research at the Sterkfontein caves near Johannesburg where an ape-man’s skeleton — millions of years old — known as Little Foot was discovered. The area, now a World Heritage site, is where over a third of all known early hominid fossils have been found.

Lee R. Berger, who studied under Tobias and went on to follow him as the leading researcher in his field at the university, compared Tobias to famous paleoanthropologists the Leakeys — a family of scientists who have made significant anthropological findings in East Africa— and said he excelled in a variety of scientific fields beyond the study of the evolutionary links between primates and humans. Tobias was involved in early genetic studies and taught anatomy to generations of top South African doctors.

In the New Scientist Magazine, November 25, 2000, Tobias was quoted as supporting the aquatic importance of modern Homo evolution:

“Smashing a paradigm is rejuvenating,” says Phillip Tobias. He should
know. To mark his 70th birthday five years ago, Tobias urged his fellow
palaeoanthropologists to ditch one of the central dogmas of human
evolution–the notion that our ancestors made their first great advance
towards human form by swinging out of the forest and into the open
savannah, where they began walking upright. “Open the window, and throw
out the savannah hypothesis,” was Tobias’s rallying call…
“It’s time to open our minds,” says Tobias, a professor at the
University of Witwatersrand in Johannesburg. He wants the academic
establishment to consider the heretical idea that we were born of water.

For more on the life details of Tobias, see here.