Continuing my overview of some significant Sasquatch name games, where the use of various monikers for Bigfoot are linked to geographic locations, none is probably as important as “Skookum.”

The “Skookum cast” was labeled as such because of the site from which it was taken, at the Skookum Meadows area of the Gifford Pinchot National Forest in Washington State.

During the time Bigfoot researcher Henry Franzoni was active, he lead the way regarding the place name usage of Skookum.  His interest in the name game began with his first experience with the unknown hairy hominoids in 1993. At a place called Skookum Lake, Oregon, Franzoni and his companion encountered what he would later call the “Bigfoot phenomenon.” Franzoni began collecting Native tales, and started noticing the links between the name game of the locations’ names and the sightings of the creatures. Not coincidentally, Franzoni discovered that Skookum was another name for Sasquatch or Bigfoot. During his research, he identified 214 Skookum place names all found in Oregon, Washington State, British Columbia, Idaho, and Alaska.  He found it was a very Pacific Northwest centric name, just like the reports of the classic Bigfoot or Sasquatch.

Franzoni wrote me in the 1990s about Skookum:

The modern Chinook jargon meaning is Big, strong, and swift whilst the original Chinook village meaning is ‘Evil God of the Woods’. Places have to be examined as to when they were named, and often a correlating old story has to be located to really suggest that a particular Skookum place is worthy of our bigfoot interest. A number of Skookum places fit the bill just fine after being investigated though. Places like Mt. Duckabush in the Olympic Range was once named Mt. Arleta by Lt. Patrick O’Neill, who led the second group ever across the Olympic Mountains in 1890. O’Neill mentioned in his diary that the native guides he had with him called it Skookum and believed their gods lived on it. His native guides abandoned him and his group when a panther shrieked at their camp continuously one night. Oddly enough, most native peoples of the Olympic Peninsula did not venture into the interior, because their thought their gods lived their.

There are some interesting parallels between some stories of the Himalayan Shangrila and native legends of a hidden valley in the Olympics, guarded by skookums,…The Chinook jargon does have many different interpretations for the word Skookum depending on which expert is consulted. I used MacArthur’s 1924 definition, but for me the BF connection was strong once I went to a Skookum place and figure that I stood 10 feet from a smelly Bigfoot on my very first day of looking. 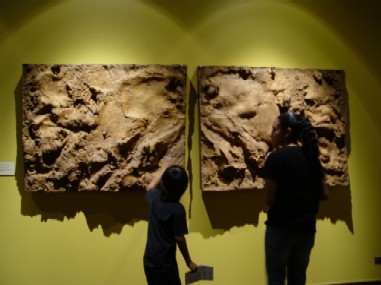 The Chinook term has been remembered in the names on the land. The study of this twilight language word, Skookum, is well worth our research efforts.