You are here: Home / Unidentified Hominids of the African Forest Author Dies

The author of Les Hominidés non-identifiés des forêts d’Afrique or The Unidentified Hominids of the African Forest (Edirions Robert Laffont, 1990) has died. 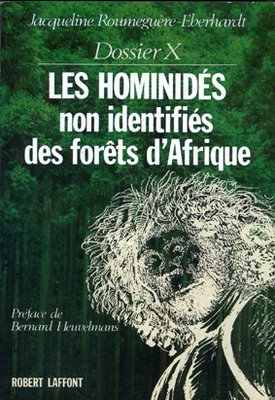 The book, first researched in the 1970s and based on years of fieldwork, brought together 75 eyewitness testimonies of what the author Jacqueline Roumeguere-Eberhardt called “X” – unknown hominids or “missing links” in some media reports. Roumeguere-Eberhardt identified five quite different types of unknown hairy hominoids existing in Africa.

On May 6, the family of noted French anthropologist Jacqueline Roumeguere-Eberhardt, 78, reported she had died on March 29, 2006, in Nairobi, Kenya. She was “perhaps best known for her marriage to an illiterate Masai warrior and for a controversial theory that prehistoric beings still live in Africa,” said Agence France-Presse.

Born in South Africa in 1927, Roumeguere-Eberhardt was initiated into several African tribes in her youth and then moved to Paris. She became a French citizen in 1957 with her marriage to Pierre Roumeguere, an associate of surrealist Salvador Dali. 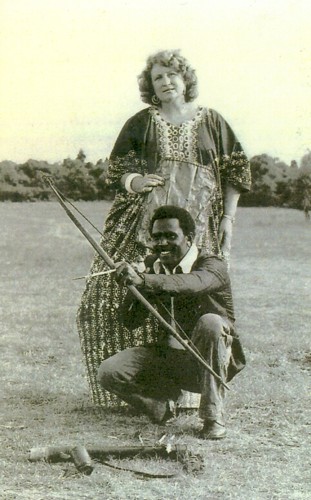 The couple moved to Kenya in 1966 but later divorced. She then married Maasai tribesman Metamei Ole Kapusia, a longtime research assistant.

Fluent in the Masai language, Roumeguere-Eberhardt became an expert on the tribe and in the field of cultural relativism, publishing several books on the subject as she lived in the bush as her husband who took multiple other wives.

The author of numerous anthropological treatises, Roumeguere-Eberhardt won notoriety in 1978 when she said that a group of creatures — “X’s,” which appear similar to prehistoric humans — were living in the Kenyan bush.

The claim became a cause célèbre among cryptozoologists (please note, The New York Times changed this to “zoologists” from the AFP dispatch) and the basis of her 1984 book, The Unidentified Hominids of the African Forest, but was greeted with skepticism by many researchers, including the paleontologist Richard Leakey.

Her other books included the 1988 autobiography When the Python Uncoils; The Maasai, written with Yann Arthus-Bertrand in 1984; and African Thought and Society, published in 1963.

In an interview with The New York Times in 2005, Roumeguere-Eberhardt said that despite their cultural differences, she and her Masai husband, as well as his other wives, got along famously.

“Every day that I’m with him I learn something new about human nature and problem solving,” she said to The Times. “When I’m in France, the same is not true.”

At the time of her death, Ms. Roumeguere-Eberhardt had just finished translating another memoir into English. Originally titled The Six Wives of My Husband, it was amended to The Nine Wives of My Husband when he married three more women.

She is survived by her husband and three children from her first marriage.

The above obituary is based on wire service information from Agence France-Presse and The New York Times as well as personal biographical notes in my files. Appreciation to Princeton’s Richard D. Smith for alerting me to this passing. 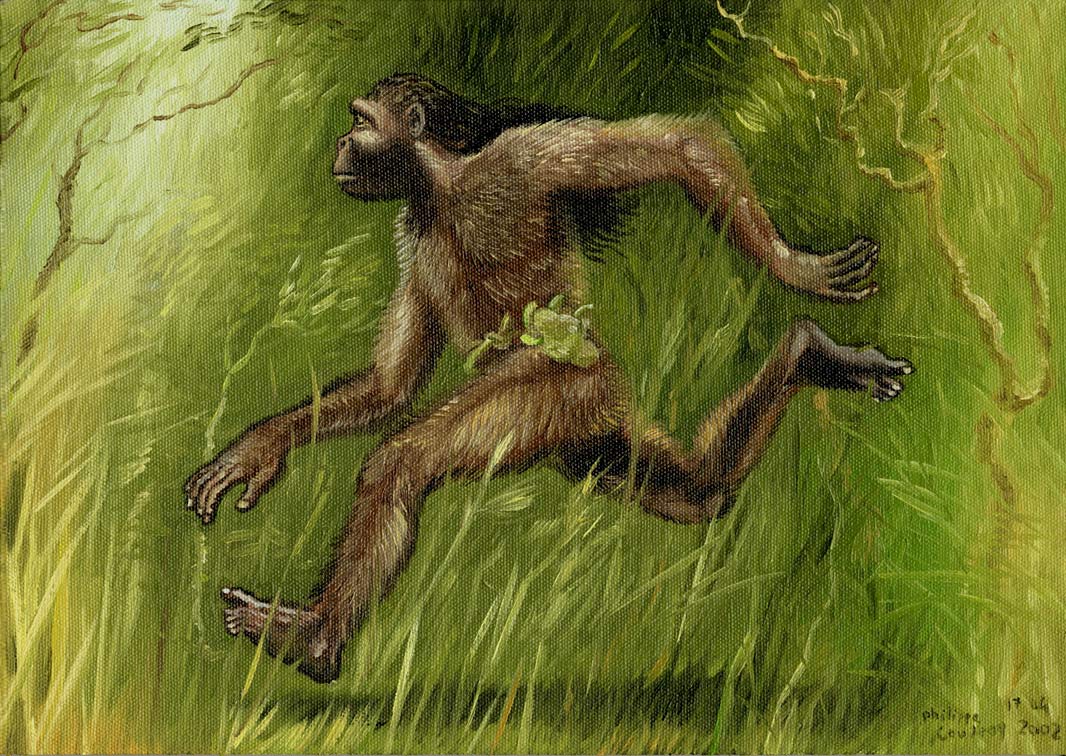 Please click here to take you to PayPal to send in your museum donation.

If you wish to send in your donation of funding or cryptozoological artifacts via the mails, outside the country by way of an international money order or, for the USA, via a check (paid to the “International Cryptozoology Museum”) or money order, please use this snail mail address: