You are here: Home / Orang Dalam Are True Giants 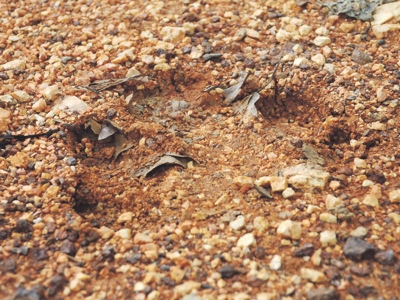 The individual prints from the new 2013 series of 200 tracks from Malaysia look like this one.

Hairy jungle giants in Malaysia have a long tradition of encounters with local peoples. The new 2013 reports would suggest we take seriously what these people are discussing.

On the 6th of August of 1966, the Associated Press and the Straits Times reported that tracks “measuring 18 inches and having a stride of 12 feet [sic] were discovered at a rubber estate near Segamat, a small town about 80 miles from” Kuala Lumpur. Villagers told newsmen they believe the prints were made by a giant ape. 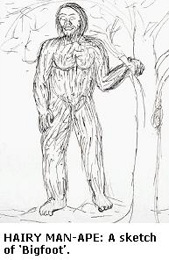 Nine days later, the The Malay Mail said that that Segamat villagers were telling of a “shy, harmless, giant with 18-inch footprints living in the jungle, possibly under pressure from advancing civilization and loss of feeding grounds” that was 25 feet tall. 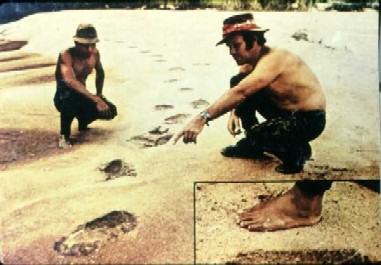 Harold Stephens article (“‘Abominable Snowman’ of Malaysia,” Argosy, August, 1971) on Orang Dalam encompasses the sense of these animals from 1871, 1953 and 1959, until his find of the large footprints on the lower Endau River. Most of the accounts are of extremely large hominoids. Ivan T. Sanderson and Mark A. Hall, of course, both mention them too. 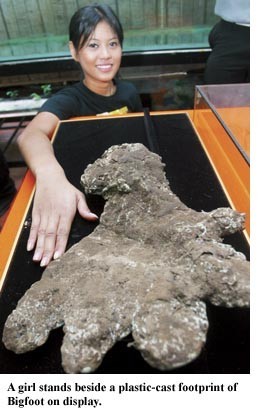 Hall and my book True Giants: Is Gigantopithecus Still Alive? discusses them as part of the True Giants traditions gathered extensively for years. Indeed, the cover is about one such sighting, and the opening of the book details the incident.