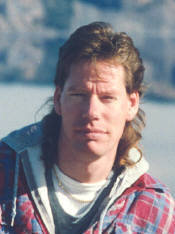 Another Bigfooter, who has been active since the 1970s, has passed away.

Tim Olson was born in Minneapolis, Minnesota on November 12, 1962, and died on February 3, 2015, in Arcata, California, of an epileptic seizure.

In Minnesota, Tim was friends of Mark A. Hall and Mike Quast. Quast started a newsletter, The Sasquatch Report. When Quast grew tired of the newsletter in 1995, Olson took over. But Olson moved to California, to be closer to an active Bigfoot area.

Tim was very interested in Bigfoot, and the reason he moved to California, he told the media in a 2000 interview, was to pursue his interest in the subject. From 1990 until late 1992, he lived in Orleans, California, a wild area, in Bigfoot country, then moved to Arcata. 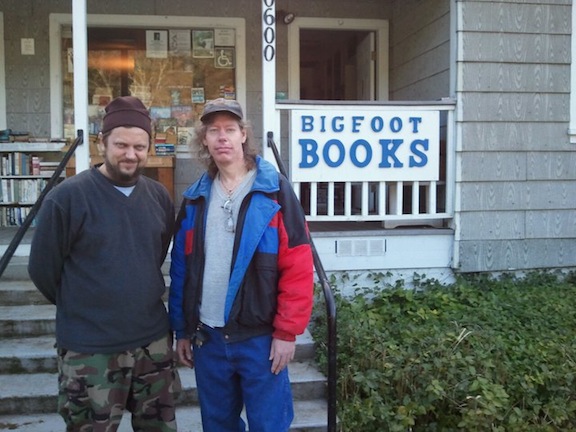 Here Tim is seen visiting Steven Streufert (on the left) at Bigfoot Books Willow Creek in 2011.

Thanks to Daniel Perez of The Bigfoot Times for alerting most of us to this passing. 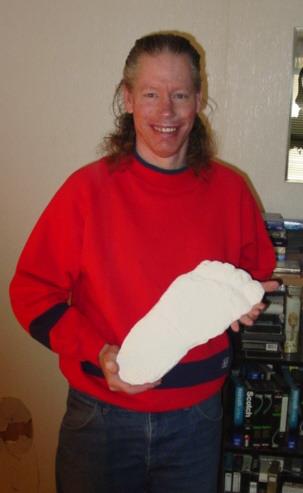