Tonight, after a rebroadcast of the recent Bigfoot encounters episode, “MonsterQuest” premieres their Ogopogo expedition program.

Here’s some summary information to remind you of some of what you may see tonight.

I was contacted by Arlene Gaal, a respected historian and researcher who has written many books on the history of the Okanagan Valley and also the Ogopogo mystery. The American History Channel was coming to Kelowna to film an episode of “MonsterQuest” (a show of which I was already somewhat familiar). They wanted to interview myself and my girlfriend Jessica about our sightings and were interested to see what photographic evidence I had obtained.

In Josh Dorsey’s (director) own words my photos were “the most interesting and compelling pieces of evidence” he had yet seen in regards to Ogopogo.

I have since had them analyzed by Dr.Edward Bousfield, a biologist and esteemed Cadborosaurus researcher who said that in his professional opinion my photos show a large “Megaserpent” or unknown aquatic animal living in Okanagan Lake.

I was one of the few people on the boat during the MonsterQuest expedition and I was the 3rd person on planet Earth to hold and photograph whatever it was they pulled up from a cave near Squally Point.

I initially didn’t think it looked very much like a fish but who knows what decomposition can do to a carcass. The headlines are reading “Baby Ogopogo” but we will have to patiently await the DNA testing in Guelph as even my pictures are not clear enough to ascertain what exactly the divers found that day. Sean Viloria

On tonight’s MonsterQuest, the results of the baby Ogopogo body find will be revealed.

I have attached a picture showing the divers with the specimen bag…though for now I had to remove the creature. I do believe that any person on the planet interested in “MonsterQuest” or Cryptozoology would think this worthy of readership…and I would be more than happy to re-write a summary at some point.

I was only supposed be a witness interview but they ended up threading my story throughout the whole episode so I would be glad to share my account for the benefit of all those interested.Sean Viloria

Here are images that give more hints of what was found.

I have included the first pictures anyone will have seen of the decomposing carcass the Dive Team pulled up from the cave in Okanagan Lake during the “Monster Quest” expedition that I was a part of. This was the first of two planned dives and took place after the helicopter thermal scan. When they pulled it up, someone came in and shouted “They found something!.”

Being one of the few present with a digital camera I tried to take as many photos over the shoulder of the divers during the excitement and even got to hold the specimen and inspect it for a few seconds before I unfortunately had to depart the expedition to catch a plane.

I am not a biologist.

I am an artist, photographer and musician; I have nothing more than my keen interest, open mind and beyond my few personal sightings I have researched a few things cryptozoological, but upon first glance I was unsure as to what exactly it was they found.

My initial thoughts were not a fish because the skin appeared too wrinkled and not scaled but upon first observation of the photos both Arlene Gaal and Dr.Edward Bousfield commented that it looked fish-like.

Salmonoid or possibly a Ling Cod were there suggestions. Every person I saw look at the specimen on that boat seemed to not be able to identify this creature at all even though Bill Steciuk himself has spent many years on the lake and should be familiar with most of it’s inhabitants. I have read the recent “baby ogopogo” headlines and I remain skeptical though regardless of what the DNA testing proves, I still 100% believe in the animal’s existence and I know that the MonsterQuest team did not leave empty handed.

Joshua Dorsey (director) and his crew did exactly all they could given the time and conditions, which was shine a little more light on the hugely compelling mystery that is Ogopogo.

Their biggest difficulty was that unlike other lake creatures around the world there exists a mass amount of real evidence spanning 100 years proving the existence of an unknown zoological species living in the waters among us.Sean Viloria 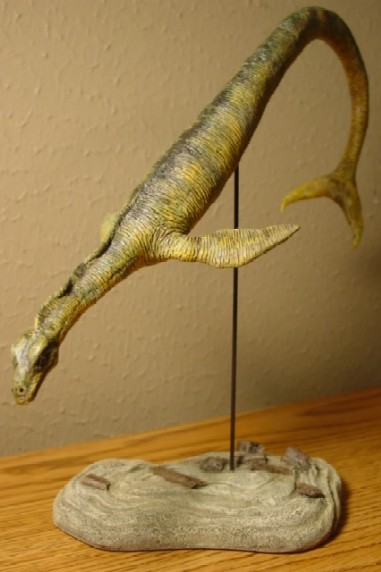 LAKE DEMON: Beneath the cold, isolated waters of north western Canada a fifty foot swimming monster is said to lurk. The stories from North West Canada’s Lake Okanagan date back to the earliest First Nation peoples, who lived in fear of this terrifying creature of the lake that became known as ‘Ogopogo’. According to accounts of this ominous creature, it has a large snake like body, large eyes and can move at high speeds. Sightings of this lake creature are so common that it has been seen more times than Scotland’s Loch Ness Monster, making Ogopogo the world’s most documented lake creature. With new, recent photographic evidence and an array of high technology, MonsterQuest will launch one of the first major expeditions to this lake. A helicopter outfitted with a thermal camera will scan the lake for signs of the creature while a dive team stands ready to jump into the hazardous waters, ready to capture the necessary evidence.

Remember the museum, and thank you for considering to…