The third in the Canadian quarter series is of a creature few know of south of the border. You have heard about the Memphre coin. And the Sasquatch quarter. Now comes the Mishepishu addition to the triad. 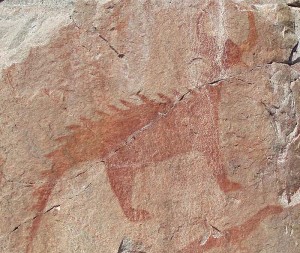 Mishepishu (pronounced Mee-shee-PEE-shoe, and also spelt Mishipeshu), whose name comes from the Algonquin Ojibwe word meaning “Great Water Lynx” or “Underwater Panther,” is described as a huge felid with horns on his head, a scaly, dragon-like body with spikes on its back and the tail of a fish. 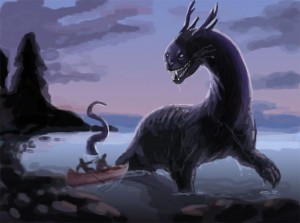 As a shape-shifting Native American spirit, this water-dwelling feline lives in the bottom of Lake Superior, Lake Ontario, and possibly other Great Lakes as well. Mishepishu’s job is to protect the copper and other metals found in the rocks throughout the region. This is why legend says that its horns are made of copper. Mishipeshu is reputed to be the source for the sudden, and extremely dangerous storms that erupt on the Great Lakes – warnings from this Water Spirit that one has gotten too close to his treasures! 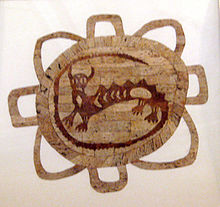 According to the legends of the Anishnaabe, Cree and other Aboriginal people living around the Great Lakes, this water cryptid has the power to sink boats. Mishepishu are said to live at the bottom of lakes and rivers, often in caves. 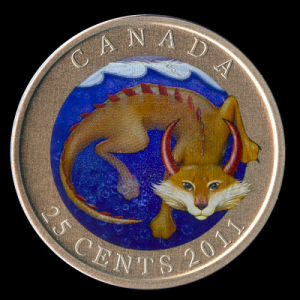 Here is the Canadian Mint’s description of the new coin:

Children will be captivated by this Great Lakes mystery. Comes with a pull-out map identifying the locations of Mishepishu sightings.
Rediscover the magic of story telling.
For centuries, Ojibwe legends have described a mysterious creature lurking in the depths of Lake Superior. They call it Mishepishu, which means “Great Lynx”, to describe its wildcat shape. This clever shape-shifter is also believed to swim the waters of Lake Ontario and other Great Lakes in order to protect the precious copper found in the rocks throughout the region. Chances are, you’ll never be quick enough to spot it among the waves.

To learn more about how to order the Mishepishu quarter, please click here. 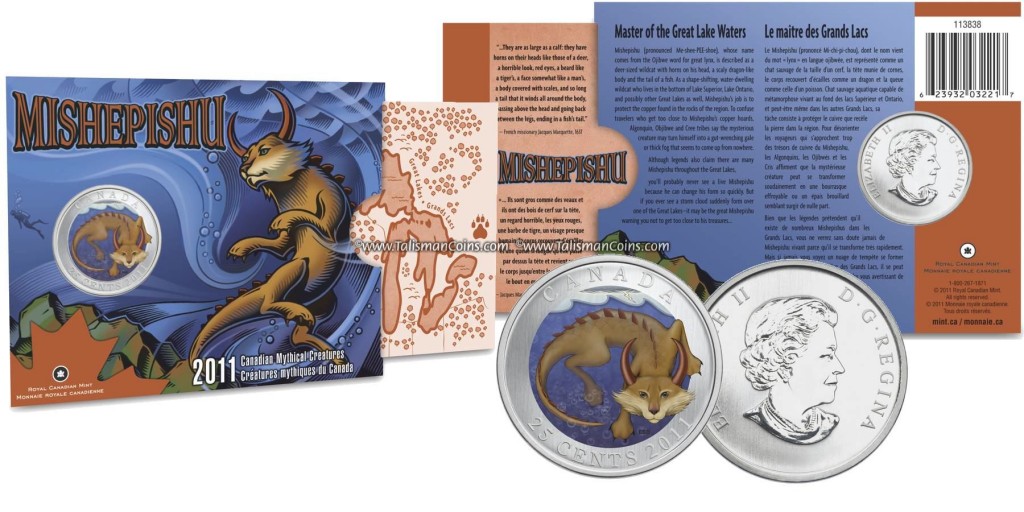