You are here: Home / Indiana “Bobcat” Killed, Identified As Leopard 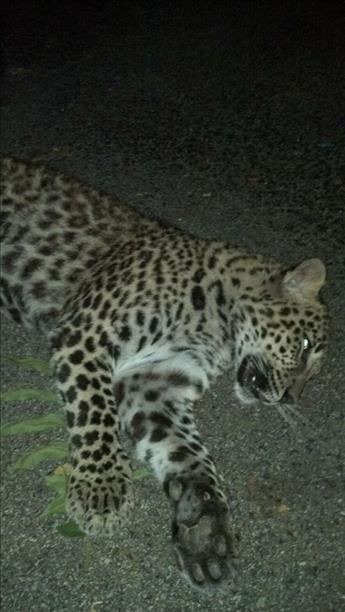 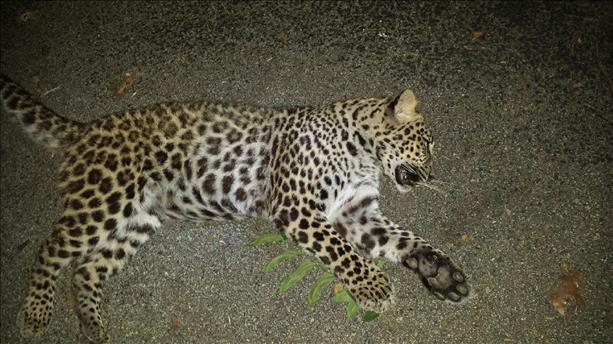 Two Indiana residents got the “surprise of their lives” on June 19, 2013, when the “bobcat” they shot turned out to be what Indiana wildlife authorities have identified as a leopard.

On Friday morning [June 20, 2013], WDRB News was contacted by Donna Duke, a Kentuckiana resident who claimed to have photographs of a leopard that was shot at a home on State Road 3, just outside of Charlestown in Clark County, Ind.

Duke spoke with WDRB News by phone. She says her friend — who wishes to remain anonymous and did not want to speak with the media — lives in that area, which had seen a number of attacks against dogs and cats recently. Duke’s friend has a number of cats, and was worried about their safety.

“She’s got cats that are basically her family,” Duke said. Duke says her friend contacted a local wildlife official, who initially thought the attacks might have been committed by a bobcat. He told her to keep a sharp eye out for bobcats at night.
Duke says her friend told her that she and her boyfriend took turns watching the area from the roof every night.
“She was trying to protect her babies,” Duke said.
Sometime late Thursday night or early Friday morning, Duke says her friend was outside near her pool, when she saw a dark shadow pacing back and forth nearby. That’s when, Duke says, her friend’s boyfriend grabbed a gun and shot it.
Duke says her friend heard a “horrible squeal” and they ran to see what it was.
“But it was not a bobcat,” Duke said.
What they claim to have found was the feline shown in the above pictures. Duke says an Indiana Department of Natural Resources officer was contacted and immediately transported the body to Indianapolis for analysis.
On Friday morning, WDRB News contacted Phil Bloom, director of communications for the Indiana Department of Natural Resources. 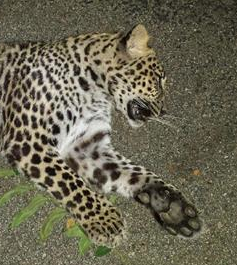 “The cat in these photographs has been identified tentatively as a leopard,” Bloom said. “Perhaps an immature cat about 9 months old. DNR is attempting to determine who it belonged to, or where it came from.”

The rest of article can be found here. 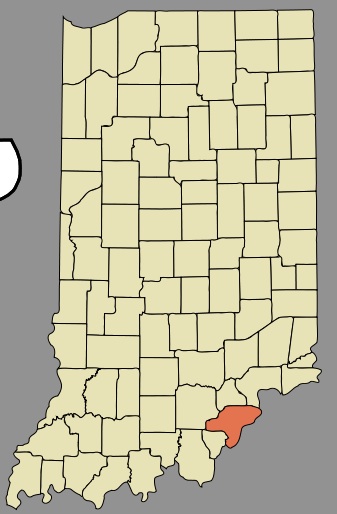 Previous Entry: New At The Museum: Talking Heads’ David Byrne, Bigfoot Baby, and Monsters of Massachusetts
Next Entry: Major Announcement This Week From Museum of the Weird and the International Cryptozoology Museum