You are here: Home / Misplaced #LOTR Moments: It’s Really Okay To Use #hobbit

Lawyers are scaring a few people into thinking they can’t use the word “hobbits” in reference to Homo floresiensis, the small pre-fossil people discovered on Flores in Indonesia in 2004. 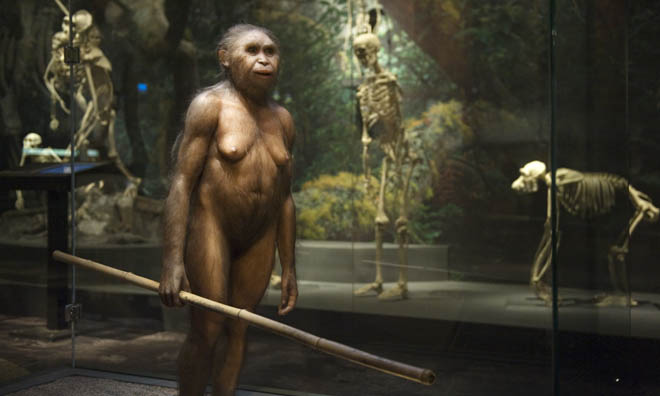 But the truth of the matter is that this little fury of news stories is as silly as when in 1997, an American film production company, RLP Entertainments of Las Vegas, began their claim to have the copyright on the name of the famous Scottish monster “Nessie.”

At the time, Gary Campbell, president of the Official Loch Ness Fan Club in Scotland said, “I pointed out that the name was in common usage and therefore could not be copyrighted by anyone. I also could not believe the gall of a US company in claiming that they owned the rights to our monster.”

Folkloric names like pooka, kelpie, and leprechaun, for example, are merely local indigenous people’s monikers. The same goes for hobbit, as it turns out. But that’s not what you’d think if you read headlines only.

This all came to be breaking news because someone asked a lawyer for an opinion.

As reported by the Guardian,

A New Zealand scientist planning an event about the species has been banned from describing the ancient people as “hobbits” by the company which owns the film rights to The Hobbit.

Dr Brent Alloway, associate professor at Victoria University, is planning a free lecture next month at which two of the archaeologists involved in the discovery of Homo floresiensis in 2003, Professor Mike Morwood and Thomas Sutikna, will speak about the species. The talk is planned to coincide with the premiere of The Hobbit film, and Alloway had planned to call the lecture “The Other Hobbit”, as Homo floresiensis is commonly known.

But when he approached the Saul Zaentz Company/Middle-earth Enterprises, which owns certain rights in The Hobbit, he was told by their lawyer that “it is not possible for our client to allow generic use of the trade mark HOBBIT.”

But in an extremely logical article at TechDirt entitled “Scientist Refused Permission to Call Hominids ‘Hobbits,’ Even Though Word First Used In Print In 1895 – And Not By Tolkien,” points out the obvious.

1. It is a public, free lecture, and not a paid event.

2. Since the Australian anthropologists and paleoanthropologists (and by extension the rest of the scientific world, the media, and general public) have been employing the label hobbits for Homo floresiensis since 2004, there is “very well-established usage.”

3. Finally, as TechDirt notes “over on Twitter, Chris Puttick pointed out that Tolkien wasn’t even the first to use the term “hobbit” in this sense:”

The word also turns up in a very long list of folkloric supernatural creatures in the writings of Michael Aislabie Denham (d.1859), printed in volume 2 of “The Denham Tracts” [ed. James Hardy, London: Folklore Society, 1895], a compilation of Denham’s scattered publications. Denham was an early folklorist who concentrated on Northumberland, Durham, Westmoreland, Cumberland, the Isle of Man, and Scotland.

“Since the book appeared in 1895, and Denham died in 1859, that would seem to place all of its text – and hence the creature known as a ‘hobbit’ – in the public domain.”

TechDirt, Chris Puttick, and I wonder what the Tolkien Estate will say to that?

Of course, I have my own problems with “hobbits.” The word itself refers, of course, to little people of the areas in the United Kingdom, noted above.

But Homo floresiensis are Asian little people, specifically from Flores.

We should think about using the local Asian native peoples’s names for H. floresiensis. There is widespread evidence that local experience with little people is to be found in the folklore of the area, where they are called ebu gogo. For example, looking beyond Flores, we find the koropokkuru, also written koro-pok-kuru, korobokkuru, or koropokkur, are a race of small people in the folklore of the Ainu people of the northern Japanese islands. There is some thought that the orang pendek (which literally means “short man”) of Sumatra might be Homo floresiensis.

What’s interesting about this for cryptozoologists, of course, is the link to a continuous range of reports of little, upright hairy people from Indonesia, through India and the ancient Ceylon/Sri Lanka (the ancient accounts of the nittaewo), over to the homeland of “Lucy.” The reports of sehite (West Africa) and agogwe (East Africa) are especially intriguing for matching those of the ebu gogo of Flores Island. In the 1940s, there were numerous reports of reddish-haired sehite in the Ivory Coast, where there were no known pygmies at all. Even the menehune of the Hawaiian islands need to be reexamined.

The most compelling link to Homo floresiensis, of course, is the folklore discovered by Gregory Forth.  [See Forth, G. (2005). "Hominids, hairy hominoids and the science of humanity". Anthropology Today 21 (3): 13–17.] He theorized that H. floresiensis may have survived longer in other parts of Flores to become the source of the ebu gogo stories told among the Nage people of Flores. The ebu gogo are said to have been small, hairy, language-poor cave dwellers similar in height to Homo floresiensis. They were said to be present at the time of the arrival of the first Portuguese ships during the 16th century, and claimed to have existed as recently as the late 19th century. One of the ways they were killed out by the local humans was by forcing the ebu gogo into caves, and setting fires at the entryways, killing all the ebu gogo. 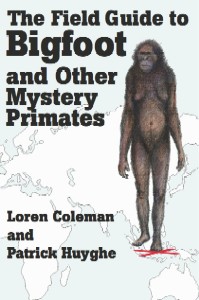 The front cover of my and Patrick Huyghe’s field guide is illustrated with a drawing of Homo floresiensis by retired professor Richard Klyver, who studied wildlife art for seven years, including in the midst of chimpanzees in Africa.

This method of ridding an area of ebu gogo is remarkably similar to one mentioned in a formal published scientific article in 1945, by London University’s Dr. W. C. Osman-Hill, who speculated that historically remembered “little people” in south Asia might one day be found to have been based on relict diminutive representatives of Homo erectus. He probably would be happy to have them aligned with Homo floresiensis today.

But, of course, this was long before the discovery of Homo floresiensis or the discovery of the contemporary tales of the Flores little people, the ebu gogo. Perhaps even the “Little Yeti” of Nepal, the teh-lma or pyar-them, are merely regional names or relatives of Homo floresiensis? Ivan T. Sanderson called the Little Yeti the “least known and most neglected by everyone.”

Osman-Hill studied similar folklore, for example, of the nittaewo, the three feet tall hairy hominids of ancient Ceylon (Sri Lanka). The nittaewo were mentioned by Pliny in the first century. They were said by Osman-Hill to have existed, at least, to the end of the 18th Century before being exterminated by “modern” humans through methods that mirror how the humans of Flores talk about killing off the ebu gogo (via fires at the entrances of caves).

I originally promoted the use of the name ebu gogo for Homo floresiensis, but it is clear hobbits they are and hobbits they shall remain. In spite of the lawyers.