You are here: Home / Goatman and Other Beasts

Goatman and Other Beasts 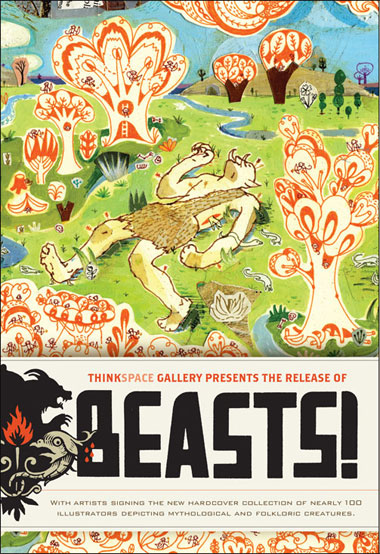 Over Halloween, word leaked out via Wired of the forthcoming publication of Beasts Book Two, a compilation of fantastic and down-to-earth cryptids. Here is some cryptozoologically-oriented tidbits from Scott Thill’s article:

“Indie comics powerhouse Fantagraphics assembled some of the finest, strangest artists on Earth last year to render monsters of various mythologies into a freaky compilation called Beasts. The tradition continues this December, when Beasts Book Two arrives with a host of new artists and a fearsome array of new creatures.”

“Beasts Book Two will feature esoteric and well-known creatures, as well as an introduction to cryptozoology by Loren Coleman, one of the world’s leading experts on the subject and publisher* of Cryptomundo.

“The compilation will also include an interview on the fine profession of monster-hunting with Ken Gerhard, who has tracked Sasquatch, chupacabras, French werewolves and further fiends.

“An interview with Richard Ellis, marine biologist and author of The Search for the Giant Squid, will delve into the whereabouts of the Kraken.”

Wired gives a sampling of art and a hint of what might be in the book, but the total contents, of course, will be a mystery until it is published. You can tell if it is your cup of tea by looking at Book One, now readily available.

“The paperback version of the original, released [last] Wednesday, is a perfect trick-or-treat handout for Halloween.

“The follow-up looks to be equally satisfying. Like its predecessor, Beasts Book Two is edited by Fantagraphics’ art director Jacob Covey. Wired.com will chat with Covey about the new iteration, and score some exclusive eye candy, later this year.”

I’m not clear if the following is going to be in the book or not, but it was one of the pieces of art submitted. Indeed, it appears the “Maryland Goatman” was the favorite creature submitted, across the board, by the greatest number of artists. In the book Weird Virginia, I detail the “Bunnyman” sightings from Prince George’s County, Maryland, which are a variant on the Goatman encounters.

I like the following version, indeed, a great, moody, 1950ish drawing of the Goatman by Sketchybeast (a/k/a Chris Rodenhurst). 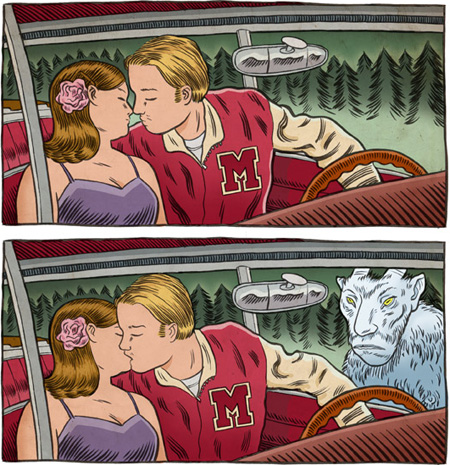