Australian scientists announced the discovery of a massive “graveyard” of Diprotodons, giant wombats, the largest marsupials to have ever lived. The fossil site is located in a remote area of ​​Queensland, eastern Australia, and reportedly contains twenty skeletons, including a particularly large specimen, with a 70 cm long jaw. That specimen has been nicknamed “Kenny” by the discoverers, reports team leader Scott Hocknull of the Queensland Museum, Brisbane, Australia. 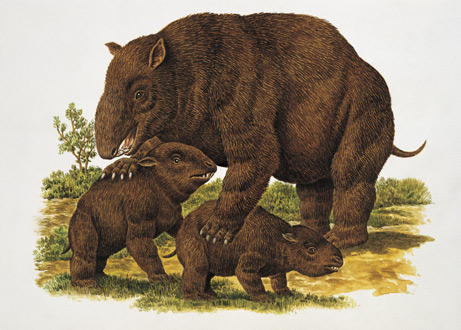 Dave Reid shared in 2009 the above article from The Brisbane Courier of 29 August 1929 about an earlier find of a giant wombat tooth.

For more on the modern group discovery, see here and here.